To find out more about our latest acquisition, read the following article by David Mackie, University of Cambridge.

By 1979 when this late canvas was painted, the artist had entered a stage of ease in his long career. His days as an art school principal in London had ended with the 1950s, after which he again turned to farming.  A supremely difficult period on his last farm concluded with storms wrecking both a lambing season and the artist's health. So, with his wife and daughter, he sold up and looked for a modest Borders farmhouse.  They found instead an impressive nineteenth-century mill owner's house at Crailing, near Jedburgh, aptly called Palace. Here he entered his final phase. That shrewd observer, Picasso once remarked that it takes a long time to become young. It is this that Johnstone now attained.

Most of Johnstone's works are untitled and that indifference is often saddening. This geological title links the painting to landscape, the primary motif and origin of almost all Johnstone's art; but beyond that what can be said?

Carboniferous might be one of the late works which began as what the artist termed "a butterfly". Working with the stretched canvas on the floor of his large studio he would pour the paint and possibly work it with his bare hands. When satisfied with this preliminary stage, a blank canvas would sometimes be briefly placed on top, creating a fascinating ghostly monoprint. Later, the two wings of the "butterfly" would be separately reworked on the easel, creating independent pictures whose shadowy affinity is not readily detected; possibly a horizon line would be strengthened or mountainous forms indicated. With surrealist techniques such as this, relying on a component of chance, a perplexing image was lured into existence by the artist out of his subconscious mind, making something visible which no one had seen. Does the title not suggest that we are here given a vision of the world when cellular life first began? Are we shown the creation of creation? In late oils and in the brush drawings, the majority of the canvas or paper might be left exposed, lending these enigmatic, calligraphic works an incomparable modernity, luminosity and timelessness. 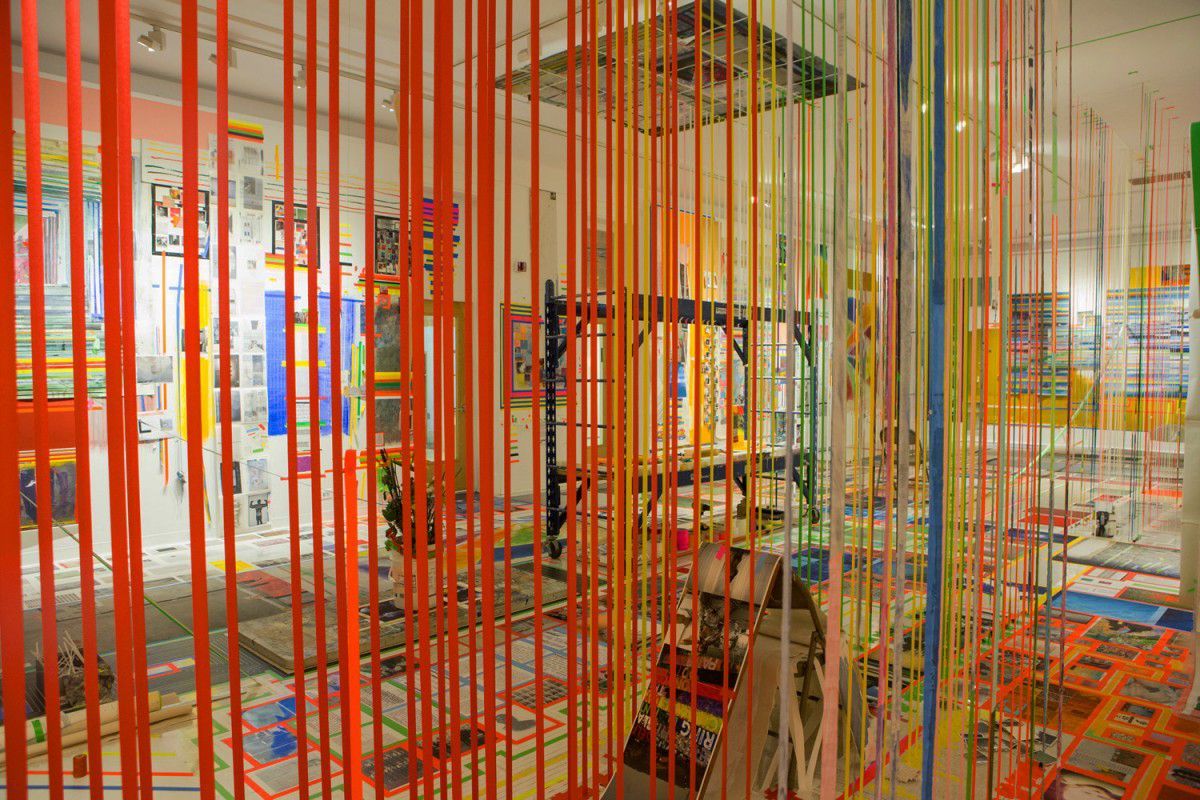