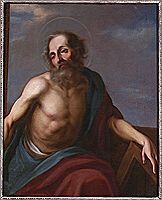 This work is thought to be a part of a series of thirteen or fourteen canvases depicting Christ, the twelve apostles, and the Virgin Mary. Such series called Apostolados were common-often a verse from the Apostles Creed would be appended to each. The carpenter's square was an attribute, or associated "prop" for at least three of the apostles in European and Mexican painting: Matthew, James (called the Minor), and Jude. Ibarra was believed to have been a pupil of the Rodriguez Juárez artists, basing his Baroque style on that of Juan. It is often hard to distinguish his work from that of Juan Rodriguez Juárez and Miguel Cabrera, his biggest competitor for commissions. 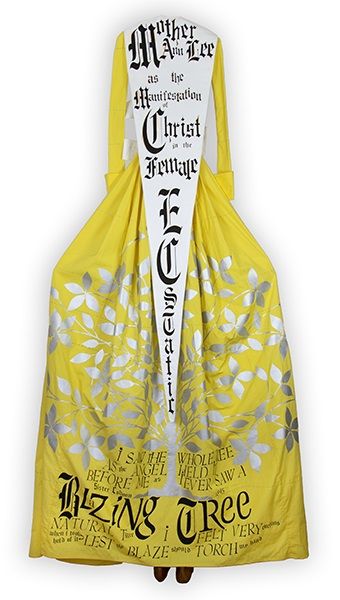