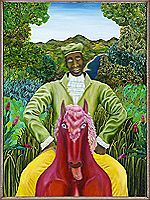 Duval-Carrié's imaginative portrayal of Haitian folklore and legends and his depictions of issues present in his native culture have produced works of startling interest and beauty. Duval-Carrié has always looked at the subject matter of Haitian life, and especially the themes derived from vodou, with a critical, analytical, and even skeptical eye. He is aware, due to much time spent studying abroad, of the most current events and movements in art practice, but has applied the styles of Haitian expression to various traditional subjects. Duval-Carrié uses the device of a triptych (literally three folds), a form of painting arrangement used since medieval times for altarpieces that allowed the side panels to be folded and opened only for special religious days. The subject, Azaka, is the vodou spirit of agriculture. In vodou culture he is a simple peasant farmer, who wears denim pants and shirt and carries a humble woven straw sack over his shoulder to hold his lunch and his seeds. Duval-Carrié has painted Azaka as an aristocrat, a gentleman, who is connected to the land by owning it. He rides through the cane stalks on a tall, pink horse at a height that allows him to survey all that he sees. However, Duval-Carrié has made him blind in one eye, hinting that if Azaka were not so blind, the ecological crisis in Haiti would not be so severe. On the side panels of the triptych, Duval-Carrié has painted images of the palm tree that is the centerpiece of Haiti's coat of arms and is also a natural poto mitan (sacred center pole), connecting the land of the living with that of the dead. 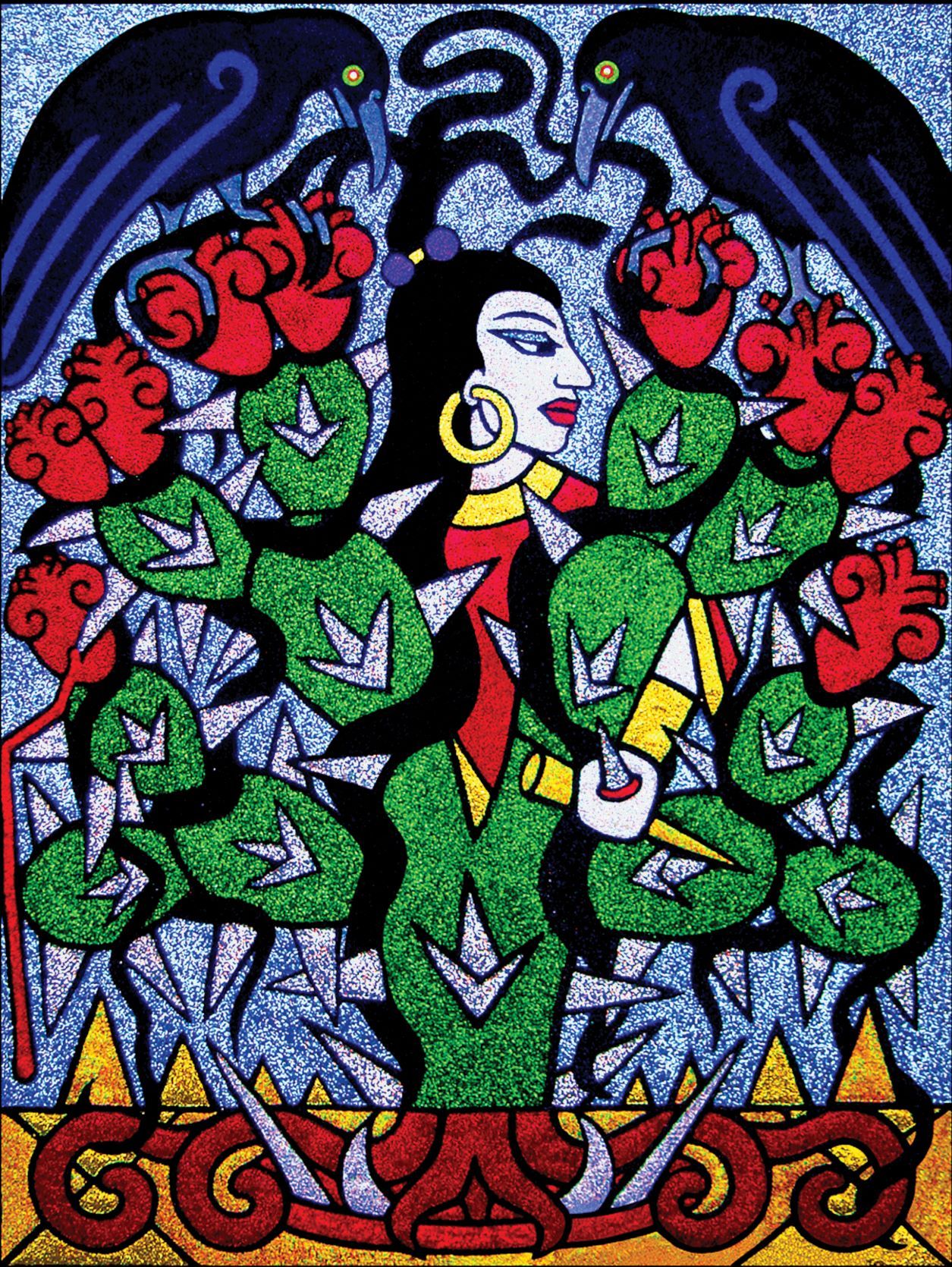