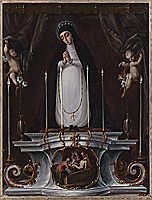 Images of the sorrowing Virgin Mary were originally derived from lamentation or pietà scenes that showed Mary weeping over the dead body of her son. By the 16th and 17th centuries, Mary was depicted alone as a devotional image, with images of the dead or suffering Christ implied, or in this case, used as a miniature painting on the predella, or pedestal, upon which she stands. The Rodríguez family operated one of the largest painting studios in Mexico. It is this family studio, according to art historians, that had the largest influence in moving Mexican art from seventeenth century styles to eighteenth. Nicolás was son of the painter Antonio Juárez and the grandson of José Juárez. His younger brother, Juan Rodriguez Juárez, was also a painter. 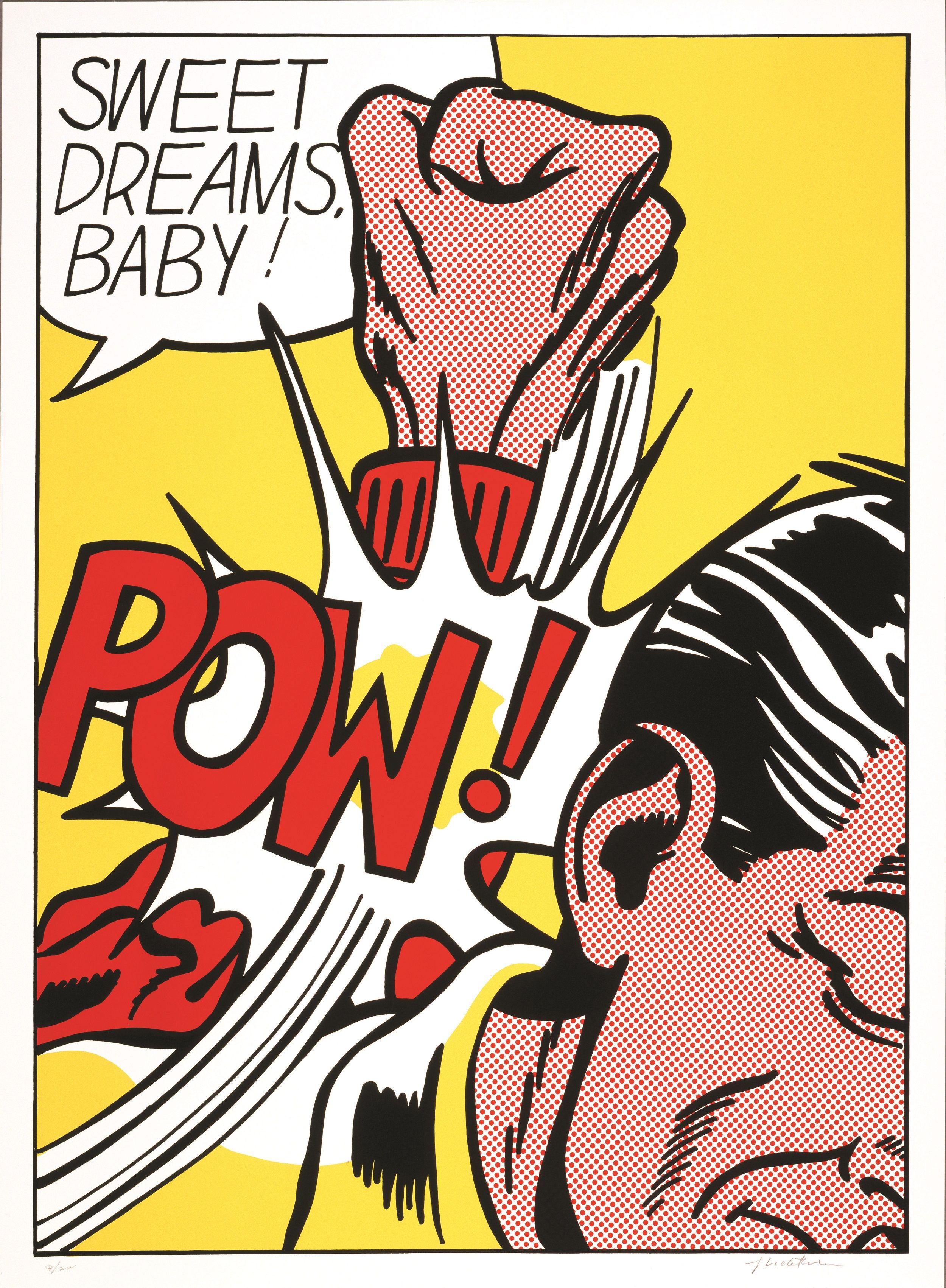 POP Power from Warhol to Koons: Masterworks from the Collections of Jordan D. Schnitzer and His Family Foundation