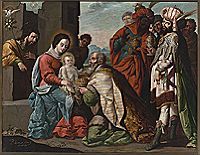 The Adoration of the Magi is one of the most frequently depicted subjects in Christian art. It is derived from the biblical narrative (Matthew 2:1-12) and was popular in Roman Catholic iconography because it celebrated the theological concept of the Epiphany (the revelation of Christ's divinity). Images of the Magi (wise men), who after 1000 came to be depicted as "oriental" kings, were also understood in terms of the subjection of the temporal powers to the authority of the Church. They were often represented as men from the three Old World cultures: Africa, Asia, and Europe. Echave was the son and grandson of painters. He may have initially trained with his father, but it is believed at some point that he became the pupil of José Juárez. Although he never traveled to Europe, Echave was able to see contemporary Baroque art via prints. Echave's canvas is largely based on an Adoration of the Magi by José Juárez. Both artists use compositional devices derived from Spanish and Flemish sources. Counter Reformation policy, which charged artists to revise or update their depictions of saints, is followed in this painting. Echave has portrayed Joseph as a mature but vigorous man, as opposed to the elderly and incidental figure in medieval and Renaissance art. As patron of the Roman Catholic Church, and model for Christian parents, he was an important element in Counter Reformation piety. Zurbarán's influence is evident in Echave's portrayal of the Christ Child with Spanish "skirts" and blond widow's peak. 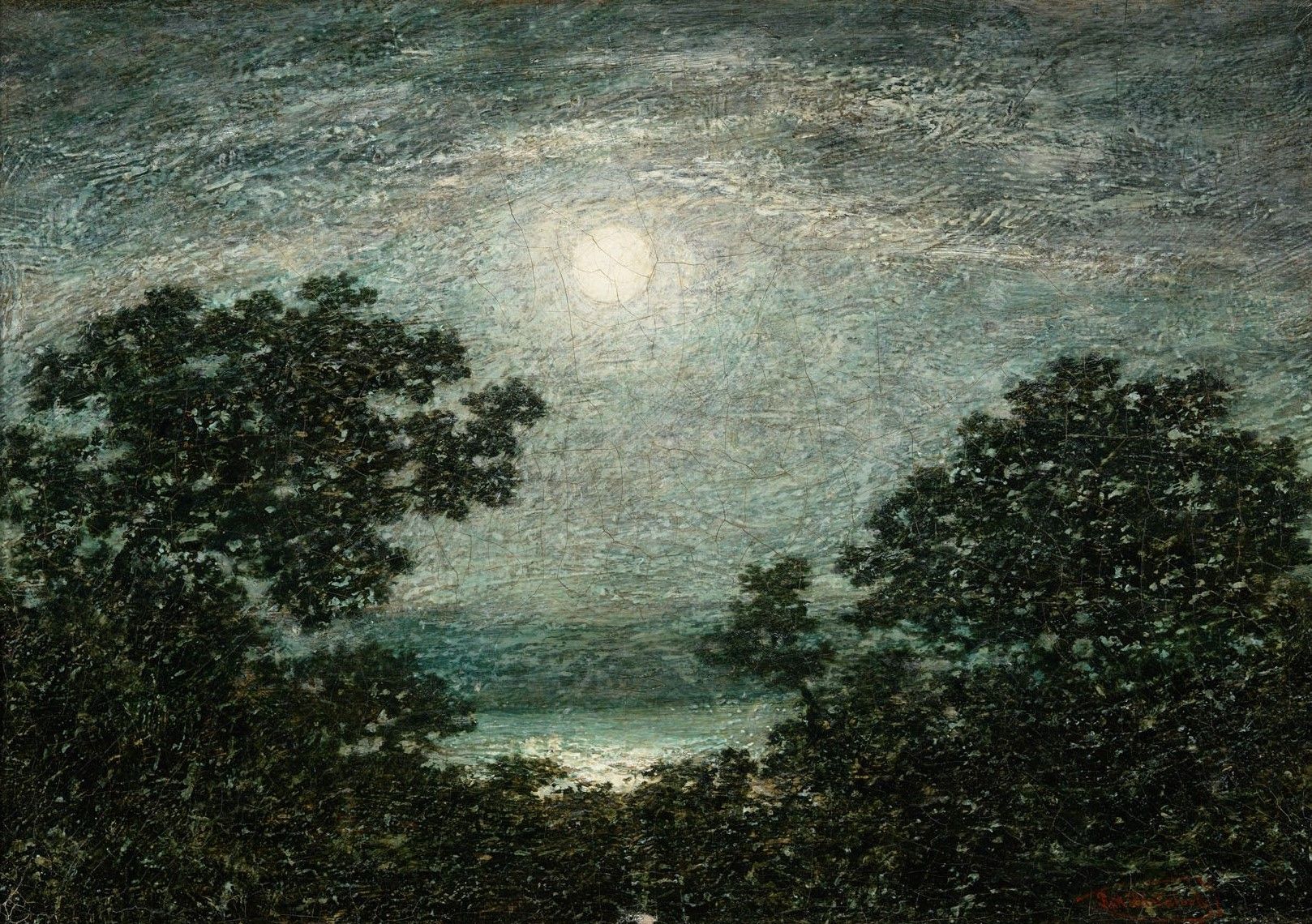 Blakelock: By the Light of the Moon