A rosary is a devotional aid used to count prayers. Although rosaries are used in many world religions, the rosary is most often associated with Roman Catholic practice. The rosary is a string of beads made in the form of a circle with a pendant crucifix. It consists of five sets of beads called decades, each composed of one large and ten smaller beads. The Lord's Prayer and Our Father are said on the large beads; the Hail Mary (or Ave Maria) is said on the smaller beads. In between the decades, the "Glory be", a liturgical praise to God, is recited. As the prayers are said, the person reciting the rosary may contemplate the mysteries, meditations and prayers about events in the life of Christ and of the Virgin. The Dominicans and Franciscans played an important role in the religious and cultural life of New Spain. They are represented here by their respective founders, St. Dominic (on the left) and St. Francis. St. Dominic has been credited with instituting the devotion of the rosary. Cabrera, a mestizo, was abandoned at birth and raised by a godfather in Oaxaca where he was introduced to the rudiments of painting. He came to Mexico City in 1719 and soon became an influential artist. In 1751 he led a group of Mexican artists to examine the image of the Virgin of Guadalupe and make copies for the Vatican. He, along with Ibarra, established a short-lived art academy in Mexico City in 1753. During the 1750s and 1760s Cabrera's studio dominated artistic production in Mexico City. As a result, his influence on the style of other artists was far-reaching. 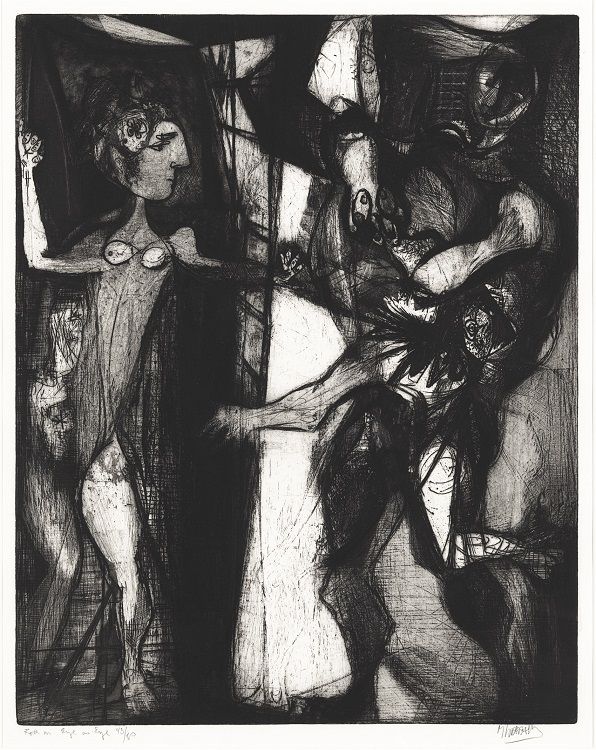